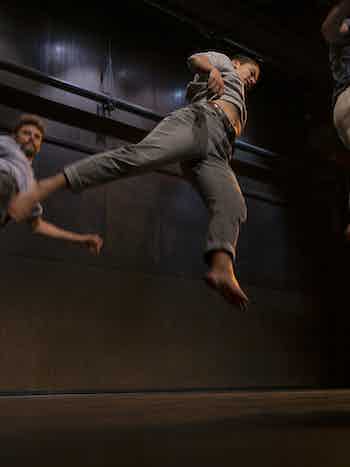 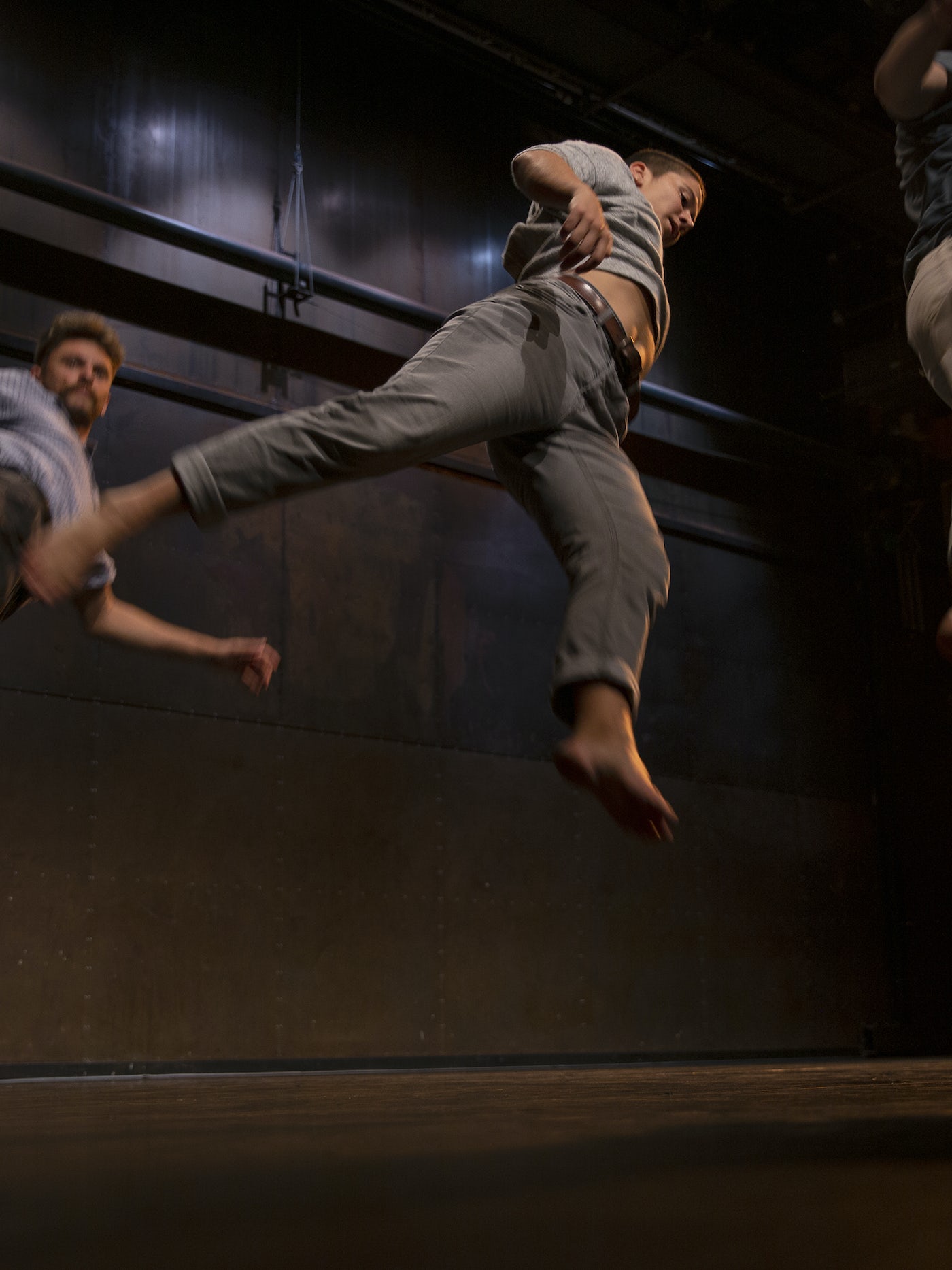 Three dance and floor acrobats move in Rocking as if they were on a ship in heavy weather. With minimal movement and precision, Xenia Bannuscher, Dries Vanwalle and Samuel Rhyner suggest that the ground is trembling beneath their feet. As the bodies constantly balance, we are confronted with our own failure. Immerse yourself in this half-hour performance that exposes the precarious human balance and the relationship between man and environment. This performance was created by Paul van de Waterlaat, maker of theater and performances whose work shows the human search for balance and exposes its vulnerable and temporary character. 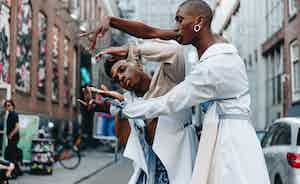 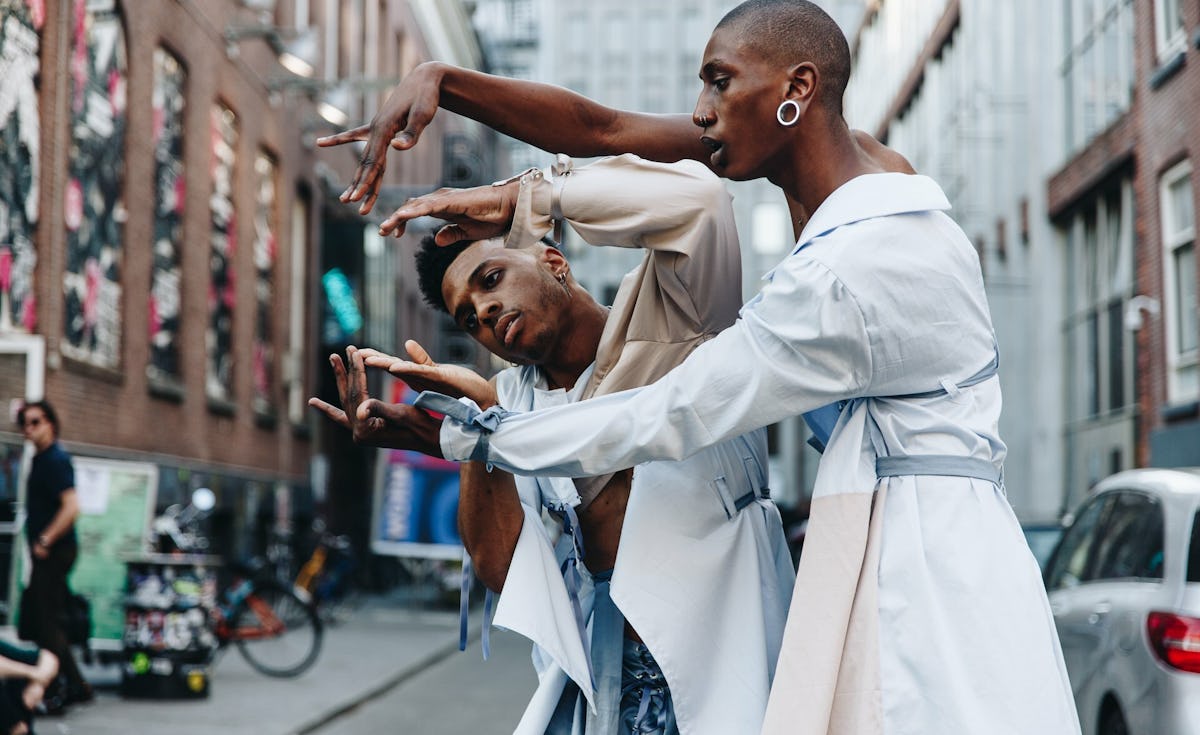 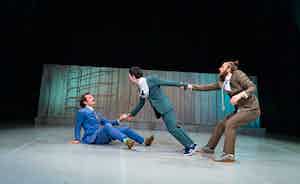 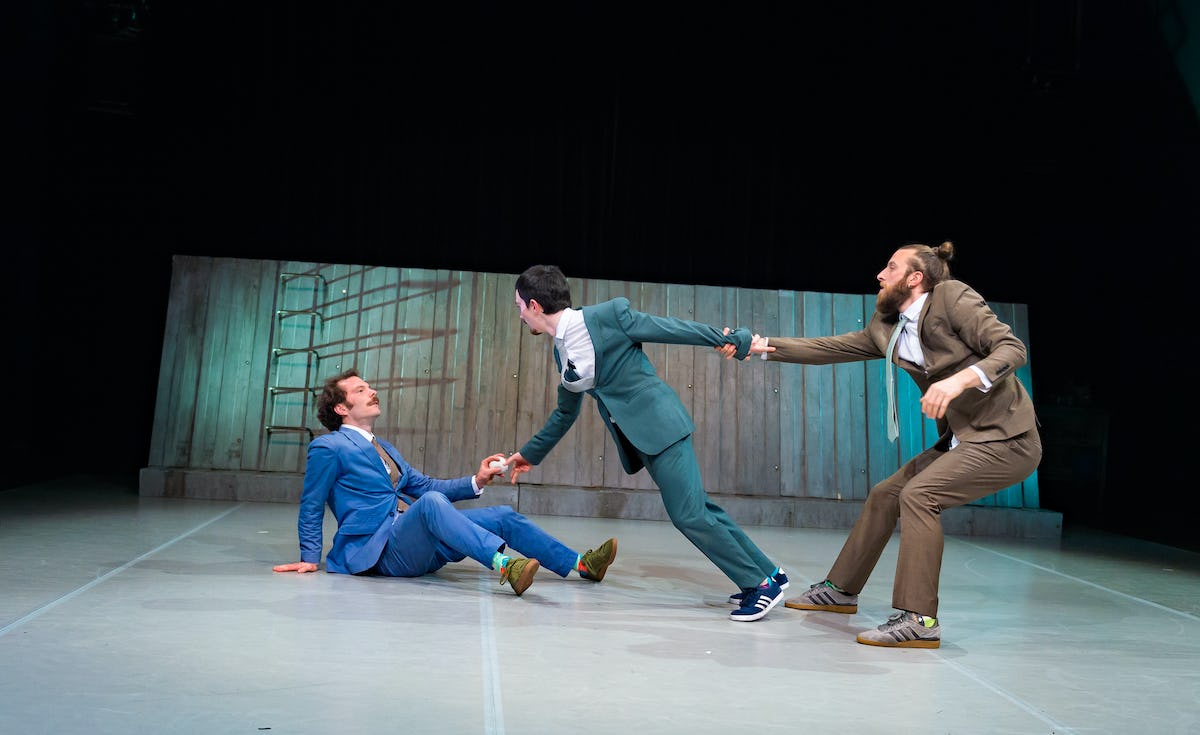 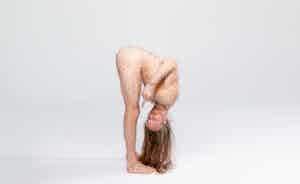 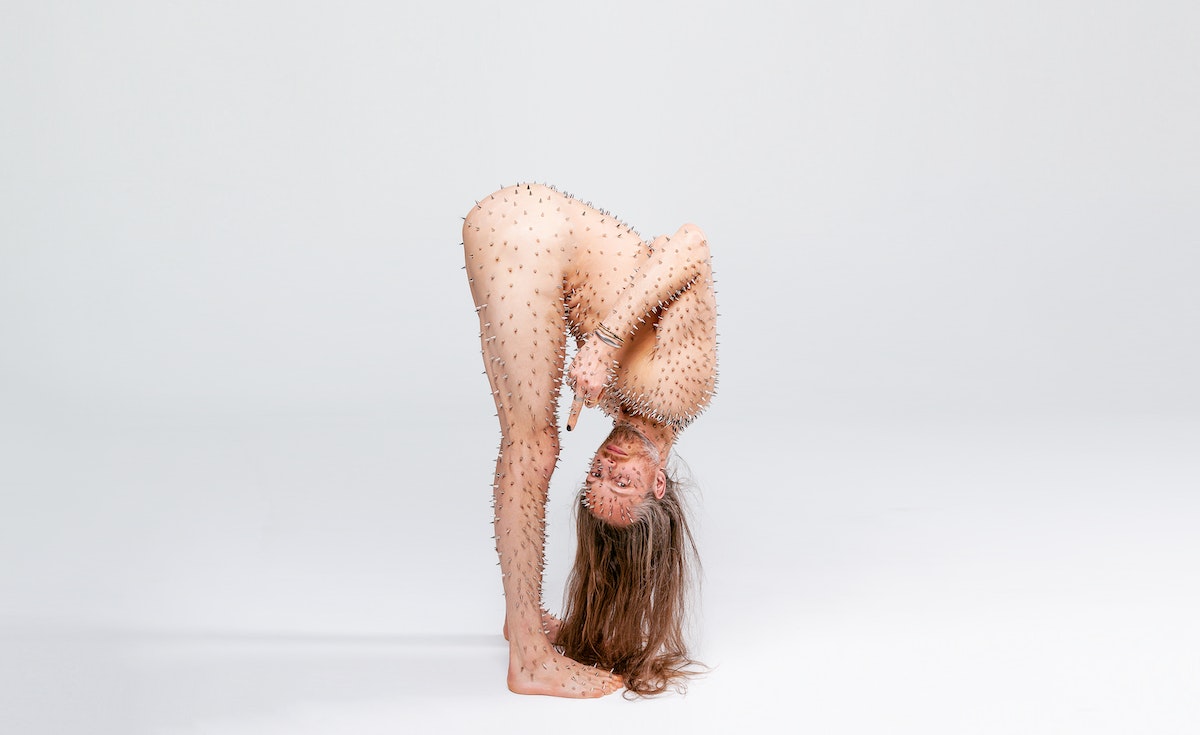